Social Media is for activism… Or is it not? Malcolm Gladwell, a well-known author and journalist from The New Yorker wrote about it some months ago. He said that Twitter is not changing the world and that the engagement of people retweeting revolutions was near to zero. When it comes to playing hard and risking your life in getting some dictator out of your country, it takes more than pushing the “like” button on your Facebook profile.

But there are people who disagree with Mr. Gladwell. Big social media are helping people organise in ways never seen before. Hashtags in Twitter are getting people to spread the message without the help of any traditional media, including politically controlled media. The revolutions taking place in the Arab world is proof, as well as movements like 15M in Spain or the recent UK riots.

Thinking of these riots makes one think of the dangers of social media as a way to spread false news or to convince a lot of people of doing wrong just because it seems right in the beginning or because it is cool to fight against the establishment. Well, it is true that people will be able to organise to do bad things. Let’s assume the bad part of it, when putting in on the scale with the good part: transparency, participation and open data, will not weigh in so heavily. 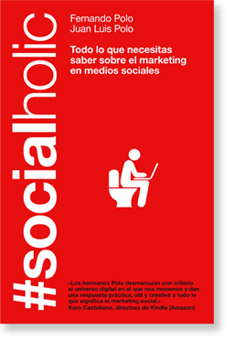